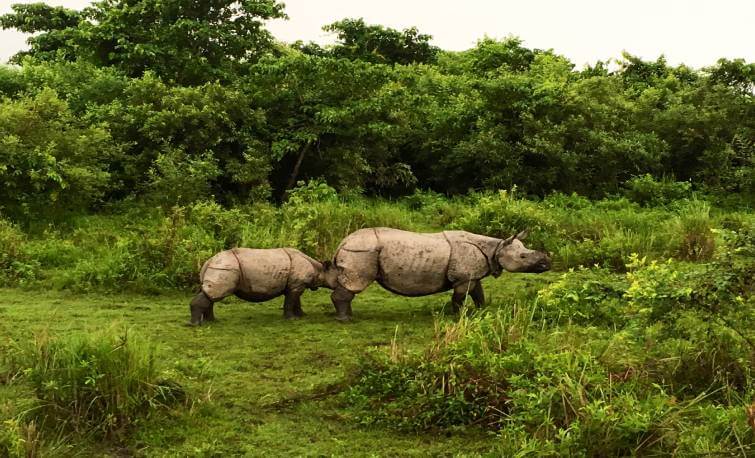 Good News! Kaziranga National Park witnessed only one case of Rhino poaching in the year 2021. This wouldn't have been possible without the assistance of APTF (Anti-poaching task force) as they kept strict surveillance on Rhino poaching in Kaziranga National Park. The forest guards also played an integral part to keep a check on poaching prone zones. Only one Rhino was killed in the last year which is considered the lowest in 21 years.

Rhino Poaching Record Over the Years

The year 2021 has witnessed a drastic change in the poaching count of Rhinos in Kaziranga National Park.

The CM of Assam Himanta Biswa Sharma says that its a huge milestone to eradicate the menace of poaching and it was really commendable that only one Rhino was lost in the year 2021 to poaching in Assam.

According to PV Shivkumar, Park Director ““Different strategies, including making a few forest areas like Bandardubi in Nagaon encroachment free and adding those to the park have helped in reducing poaching in the park. Suspected poachers used to take shelters in these areas. Therefore, evicting them was a major crackdown.”

Rhino poaching is the major cause of concern in Assam; it houses the highest population of one-horned Rhinos in India. Out of 2657, 2413 Rhinos live in Kaziranga National Park. This is the reason why poaching makes a huge loss in the rhino count of India. In the Last two years 15 forest guards were arrested for their involvement in poaching. So, this year proper monitoring is being done on forest guards to keep a check on poachers. It is also ensured that poachers would get no help from other sources.