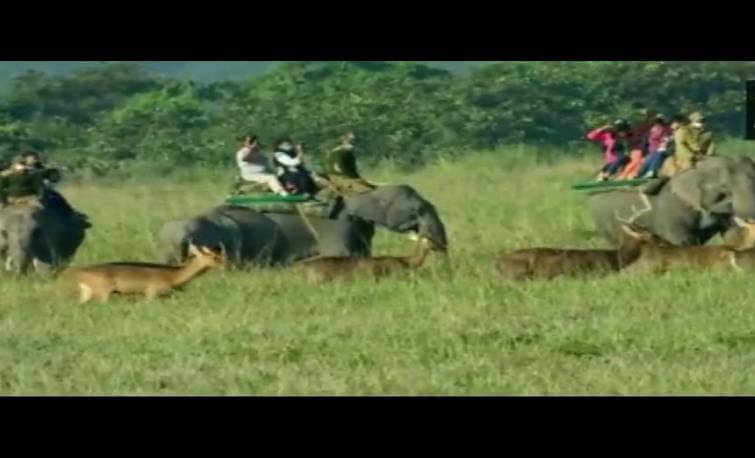 Golaghat and Nagaon district of Assam has always been a major tourist attraction for the Wildlife lovers as it is home to the most notable Wildlife Sanctuary in India Kaziranga National Park which is also an UNESCO World Heritage Site. It boasts the world's largest population of One horned Rhinoceros.

Recently a rare wildlife scene where many animals are seen together in a single frame has been captured in a camera. It's really an enchanting sight and the chances of spotting so many animals together are quite rare. The video has been going viral over the internet since then. It is also attracting tourists and wildlife lovers for a great thrilling wildlife holiday at Kaziranga National Park.