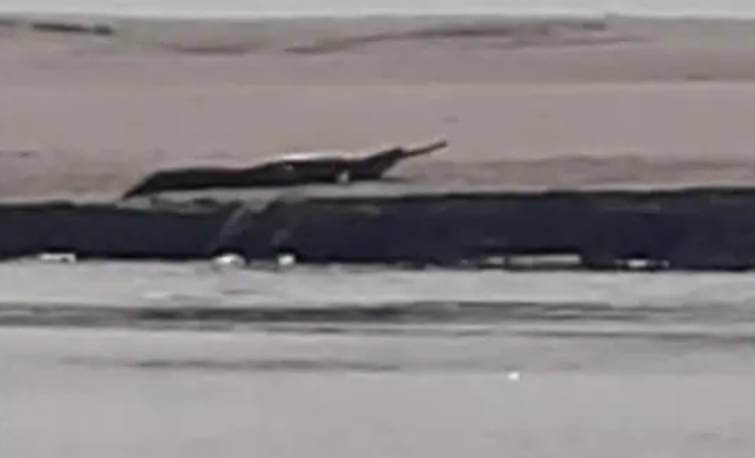 Kaziranga National Park News Update: Good news for the wildlife enthusiasts! On Thursday the forest officials and Wildlife experts of Kaziranga National Park recorded the first documentary evidence of critically endangered Gharial. Gharial (Gavialis Gangeticus) is a very rare and critically endangered animal. It is listed in Schedule 1 of Wildlife protection act 1972 and also in the red list of IUCN (International Union for Conservation of Nature). “There are only 800 of them at present”, according to the World-Wide Fund for Nature (WWF).

Gharial was spotted on a sandbar on Brahmaputra River at Silghat area. The most interesting fact is there have been reports of Gharial sightings in the past in Western Assam in Goalpara and Manas but nobody has seen it in Kaziranga before. On a normal animal survey of wildlife distribution, it was recorded on camera. According to the divisional forest officer Ramesh Gogoi this is the first documentary evidence of Gharial’s presence in Kaziranga National Park.

The forest officials were not sure that it is Gharial but ‘its long slender snout confirmed it’, said Tridip Sarma, Project officer WWF.

More surveys are needed to find if there are more Gharials in the park. From the size and shape of the snout we could gather that it was an adult female. Since we were on a speedboat, it was not possible to get very clear photos. When the animal noticed us, it jumped into the river. More surveys would be needed to find if any other gharials are present,” he added.