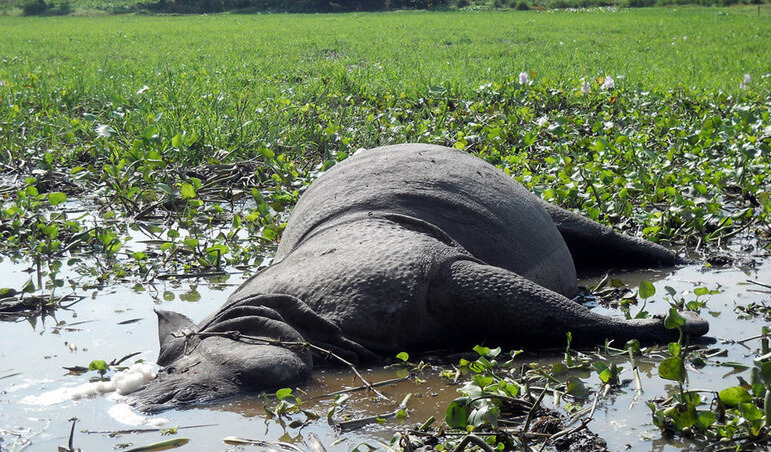 Kaziranga Loses 15th Rhino in a Year – Poacher’s Strike Back

Poachers have killed yet another one-horned rhino in Assam's Kaziranga National Park, taking the number to 15 since January this year. Forest guards heard a gunshot last night but the news was confirmed when the guard officials spotted the carcass without a horn during a routine patrolling on Friday in Agoratoli forest range. After hearing the gunshot, the officials  carried out a search operation but found nothing.

Assam Forest Minister, Pramila Rani Brahma, rushed to the park on being told about the incident. She said to the media that it is very unfortunate that we are losing our rhinos. And forest officials have been taking steps to check poaching, but the poachers still killed the rhino.

Assam Chief Minister Sarbananda Sonowal has asked the Forest Department officials to take urgent steps and stop the menace of poaching of one-horned rhinos. Recently, he even took up the matter of poaching with Nagaland Chief Minister T.R. Zeliang because most of the horns are smuggled from there only.

As per the forest officials, a rhino horn is sold for as much as Rs 1 crore or more in the international market.