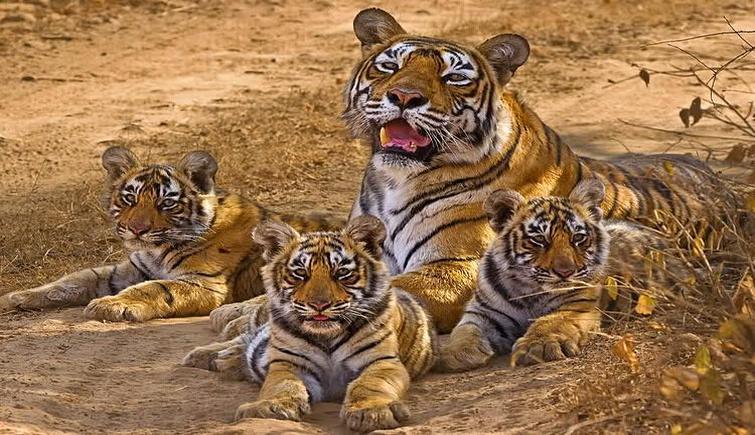 A significant upsurge in the population of tigers was registered in two out of the four national parks in Assam. The preliminary report received from the famed Manas National Park and Orang National Park show a good rise in the number of tigers, where the presence of 30 tigers was recorded in Manas NP, 28 was the figure that came from Orang NP. Although the preliminary report of the two other national parks in the state, Kaziranga, and Nameri have not been submitted yet, the authorities are positive about the census showing the sign of an increase in tiger population in both the reserves. In fact, according to Kaziranga National Park’s director- Satyendra Singh, the count of tigers in the park might go up to 140 from 116 last year.

Out of the 24 tigers that has been identified as adults in Manas National Park, which is also recognized by UNESCO as a World Heritage Site, 11 are female and 12 are female, and the sex of one tiger determined. There is a significant boom in the population of tigers that were just 14 last year. It is also being estimated that Manas National Park might have more than 30 tigers if the bordering Royal Manas National Park in Bhutan is taken into consideration. On the other hand, Orang National Park, with an increase of 4 tigers from the year 2016 is ready to vie as a wildlife reserve with the highest density of tigers in the world. Orang NP has a density of 35.44 tigers per 100 sq km and once confirmed by NTCA (National Tiger Conservation Authority) and the Wildlife Institute of India, the national park will earn a global distinction.