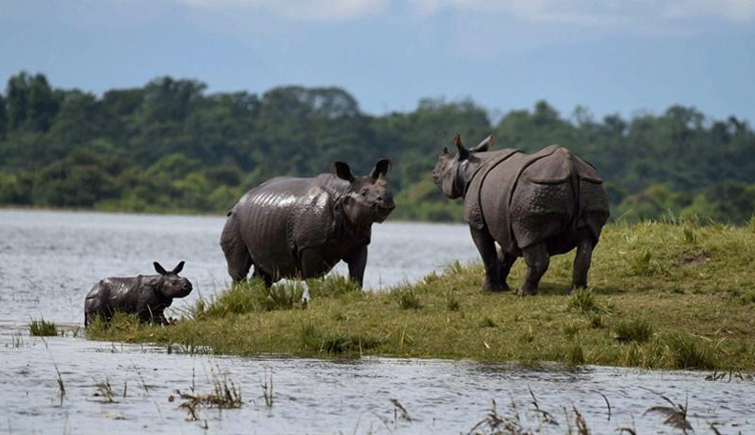 The biggest conservation reserve for One-Horned Rhinos in India, Kaziranga National Park mourns the loss of 3 one-horned rhinos in 4 days. On Nov 4, 2017, a female rhino and her calf became victims of poachers who killed the two and fled with their horns from Tunekati Forest Camp under Burapahar Range in Upper Assam. The two rhinos are said to have been gunned down by an AK-47 at 11:30 PM. However, their carcasses could be found by the Forest Officials in the morning. This horrific incident occurred within about 48 hours of poachers killed another adult rhino in the same Burapahar Range on late Thursday night.

According to one of the forest officials, the department has the information about the route through which the poachers escaped, and thus, efforts are being made to catch them. With the killing of these two rhinos, the death toll has risen to 5 in 2017, which is obviously tragic but is significantly lesser than last year when 18 one-horned rhinos deaths were reported. However, with these back to back killings in Kaziranga National Park, eyebrows have been raising on the security of this endangered species and of the reserve altogether.