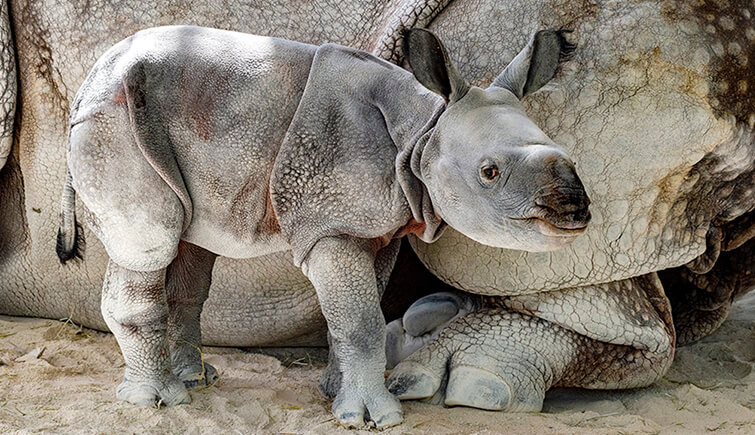 The greater one-horned rhino or Indian rhino is the largest of the rhino species and is found in northern India and Nepal. But it is the first time in the recorded history that an Indian rhino is born at Zoo Miami on 23rd April 2019 at 12:30 a.m.

The Heart of the Matter

After the wait of 15 months, a 7-year old rhinoceros named Akuti gave birth to one-horned Indian rhino via artificial insemination and induced ovulation. The newborn is the first successful birth of the species in the zoo’s history. Although the calf’s gender is not yet known and veterinarians are waiting to conduct a neonatal exam once the newborn and its mother establish a bond.  However, the initial observations depict that the baby born is healthy and well.

Note: The baby rhino will be kept out of the public eye for a few weeks, but those who are keen to know about the progress of the baby can check the updates on Facebook.

India lost a majority of Rhino population in the year 2008 due to extensive poaching. The reason behind such constant threat has been the unique horn of Rhinos which has some protein and constitutes the formation of hair. The horn is revered for medicinal use in China, Taiwan, Hong Kong, and Singapore and as an ornamental dagger in North Africa and the Middle East. 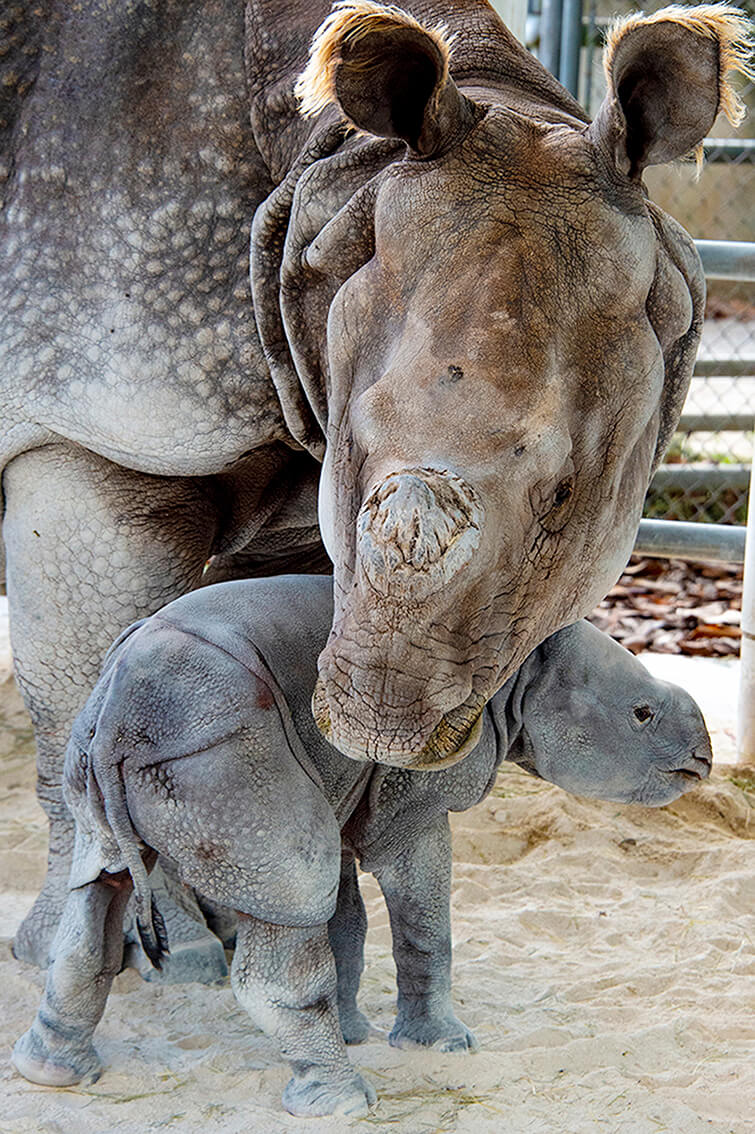 Now the good news is, over the period of time the rhino conservation programmes in India have shown a positive result which has controlled the cases of poaching and provided better habitat to the rhinos. Today, there are less than 3,000 Indian rhinos left in the wild in the areas of Nepal and India. The rare birth is not only important for Zoo Miami but equally significant to the efforts to maintain a healthy population of such vulnerable species all throughout the world.

To protect the endangered species, it is important to look for every best possible methods and tool. Assisted reproduction is one of those tools that should be brought into practice. Besides this, stricter laws and better prosecution and vigilance can minimise the cases of rhino poaching.

Also known as The Miami-Dade Zoological Park and Gardens, Zoo Miami spread over almost 750 acres and is the largest and oldest zoological garden in Florida and the only subtropical zoo in the USA. Home to approx 3,000 animals representing over 500 different species from Asia, Australia, Africa, and the Americas, the zoo even houses more than 1000 species of trees, palms and a variety of other plants. Of all the population, more than 40 animal species inhabiting the zoo are classified as endangered.

The Miami Zoo is accredited by the Association of Zoos and Aquariums (AZA) and takes responsibility of animal health and welfare, zoo staffing, fundraising, and global wildlife environmental conservation efforts. Currently, the zoo is involved in over 36 conservation projects in 6 continents.