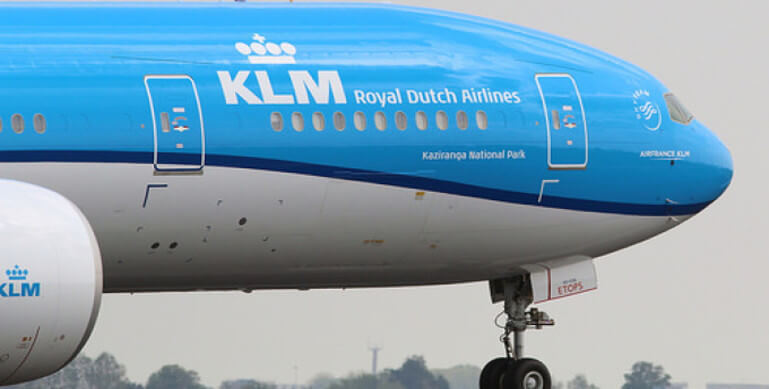 Recently the leading airline of Netherlands decided to named one of their aircrafts after India’s famous national park, Kaziranga. The national park is famed as the home to One-Horned Rhinoceros. Click here to read more about this park.

KLM Royal Dutch Airline have named one of its major aircraft, Boeing 777-300ER after Assam situated Kaziranga National Park. Apart from being known for conserving a large number of one-horned rhinos, the park has been in news for constantly battling out the poaching scenario. It is to address this grim issue and raise global awareness about this national park, KLM decided to name its flight operating between important route of Amsterdam and New York.

Kaziranga’s name has been embossed on the Boeing 777-300ER as part of the KLM’s long-time campaign to spread awareness about various major issues in the world. It is to be noted that its Boeing 777 aircraft have been named after different UNESCO World Heritage Sites as an initiative that is welcomed by environment and wildlife conservation activists worldwide.The names figure near the nose section of all large, long-haul KLM aircraft. It is also to be noticed that names of the aircrafts are decided by a KLM board that have to be unanimously approved many months in advance. The aircraft name has to be given to the plane builder roughly 8-12 months prior to delivery.

KLM Royal Dutch Airline was founded in 1919. It is the flag carrier airline of the Netherlands and is also one of the oldest airlines in Europe that operates passenger and cargo services to nearly 130 destinations. The airline for long has been known to give unique identity to its aircraft by naming these after major cities and squares, rare species of birds and flowers, UNESCO World Heritage Sites and ships of the Dutch East India Company.